Does Your Child Have a Strong Number Sense?

Home Blog Math Does Your Child Have a Strong Number Sense?

According to research, number sense can significantly impact a child’s ability to solve applied mathematics problems. That is why it’s important to nurture it from the earliest stages of learning mathematics. But what exactly is number sense?

Number sense enables individuals to work with numbers more easily as it gives them the ability to quickly understand quantities, symbols, the order of numbers, relationships between single items and group items, and concepts like “larger” or “smaller.”

Developing a strong number sense takes time, so it’s important to pay attention to it when your child starts learning math. If you see them struggling with basic math operations like addition or subtraction, it means their number sense is not as strong as it needs to be—not only for academic success but also for everyday operations that involve time management, money handling, and measuring.

Poor number sense can be easily identified when a child starts learning math as they will often express that they don’t understand the concepts taught to them no matter how hard they try to process them.

And if this issue is not properly addressed in the beginning, they will feel increasingly lost and develop math anxiety as they move up through the school grades. They will also work harder and longer than their peers to solve math problems that are otherwise easy to figure out.

If you want to assess your child’s number sense, the exercise below can help you do that.

The exercise is simple and requires basic math concepts to solve. If your child has already learned the four basic operations of arithmetic (addition, subtraction, multiplication, and division), they should immediately be able to provide the correct answers if their number sense is strong.

Some children with poor number sense may be able to solve this exercise with more ease, but they will struggle with the other basic operations of arithmetic: multiplication and division.

Oftentimes, when they are required to combine items from several groups, children with poor number sense will take the long route and start adding them instead of multiplying them.

Likewise, they will start subtracting rather than dividing when they are required to split a group into its components.

To make an accurate assessment of your child’s number sense, make sure you test them on all four basic operations of arithmetic. 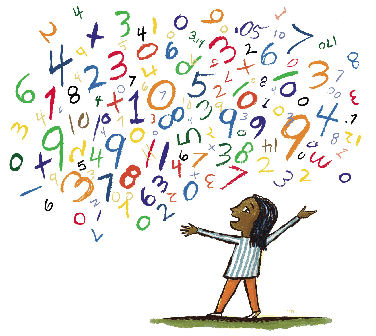 How To Develop An Early Number Sense

Number sense development should start at a very young age when children should be taught not only how to recognize, interpret, and quantify numbers, but also how to work with them through sharing and counting.

Next, they can extend their number sense by learning new concepts, numerical significance, and basic arithmetic in a way that is relevant to them.

For example, teaching them basic math concepts in a real-life context when they need to estimate measurements for a recipe or count items like toys or money is much more efficient and practical than trying to explain already abstract concepts in an abstract way.

Parents play a huge role in helping their children develop number sense. Although they can rely on schools to teach their children the basics and then more advanced knowledge, they must keep in mind that most schools lack the resources to accommodate children with poor number sense and they will attempt to reteach basic math using the same methods as before. When those attempts fail, students fall behind and their struggles become even more difficult.

Math tutoring schools like OMC are dedicated to helping students catch up and continue developing their number sense, no matter what grade they’re in.

We evaluate students and design our programs for their unique needs and goals.

Our methodology relies heavily on providing students the tools and guidance they need to not only develop a strong number sense, but also mathematical thinking, problem-solving skills, and a passion for math.

If you want to know more about our methodology and how we help students excel at math, please feel free to reach out to us.

We are always happy to help children discover their unique learning styles and show them how to use them for academic success!