The shift from summer to school year is always a tough one. The days grow shorter in duration yet fuller in academic demands. But fun doesn’t have to be packed away outright like a pair of swim goggles. Just as they can help kids keep their math skills fresh during summer, games and puzzles can be a regular source of “edu-tainment” throughout the school year as well. Most games are inherently mathematical, which means there are lots of options to sharpen students’ understanding of concepts and practices while having a good time.

And let’s be honest, it’s hard to maintain long stretches of purely textbook-based study, especially in middle school when math classes begin specializing into geometry, algebra, and forms of mathematical reasoning like complex operations. The good news is that there are tons of ways to engage these and many more topics through games and creative activities. Below are 6 of our favorites.

Proof! is a newer entry into the math game market but has a timeless feel. Consisting simply of a deck of numbered cards, players arrange a 9-card grid and race to create equations using 3 or more cards in the grid. Not only does Proof! strengthen pattern recognition, order of operations, and algebra skills, but it provides a lively gameplay experience that can rouse even the sleepiest student. 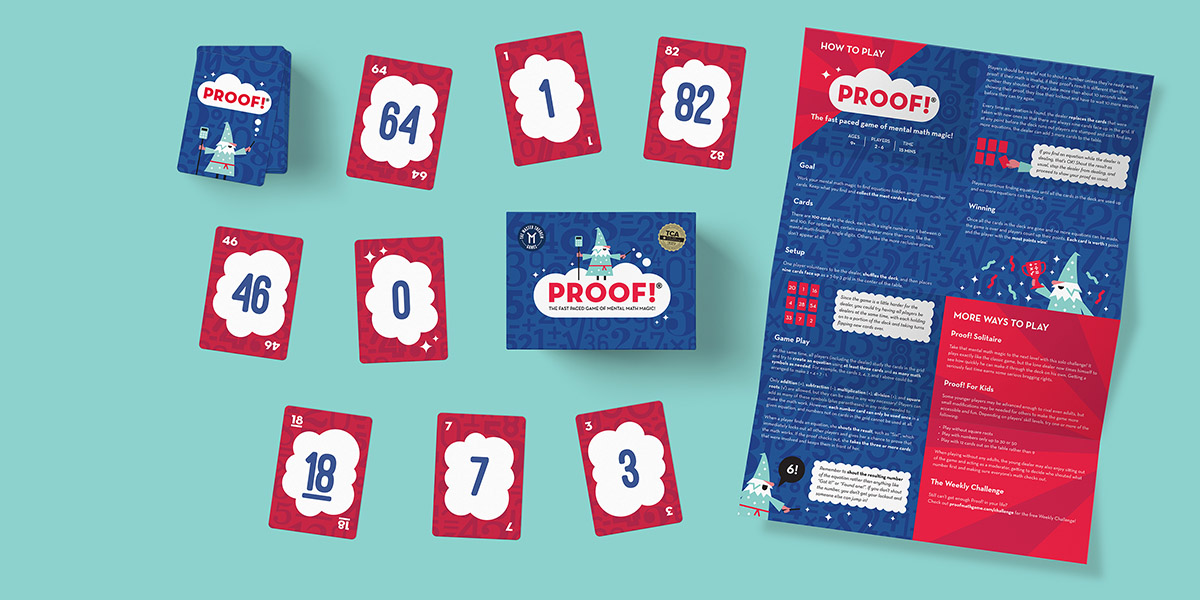 An even simpler card game with more complex math, Exponent Battle is a 2-player game that uses a standard deck of cards and is similar to the ultra-simple classic War card game. However, instead of simply flipping one card each, players flip two cards, the first a base card and the second an exponent card. The player with the highest resulting product wins, but the big challenge lies in mentally calculating sometimes unwieldy exponents like 8^9 and so on. While it may take students a while to determine the winner in a given matchup, there’s nothing that motivates quick mental multiplication better than the spirited competition with a friendly opponent.

Moving away from arithmetic and algebra somewhat, Ticket to Ride is an extremely popular game that prizes strategy, logic, and some considerations of probability. Players draw cards and seek to populate the map with rail lines connecting various cities. One of the best aspects of Ticket to Ride is its relaxed gameplay—unlike race-to-the-finish games like Proof! or Exponent Battle, Ticket to Ride prizes long-term strategy and can be played with varying levels of competitiveness and cooperation. Additionally, there are dozens of themed expansion sets that explore regions outside of North America, ranging from specific cities like London to large regions like Nordic countries. These themed sets allow students to additionally expand their geography knowledge while sharpening their strategy skills. 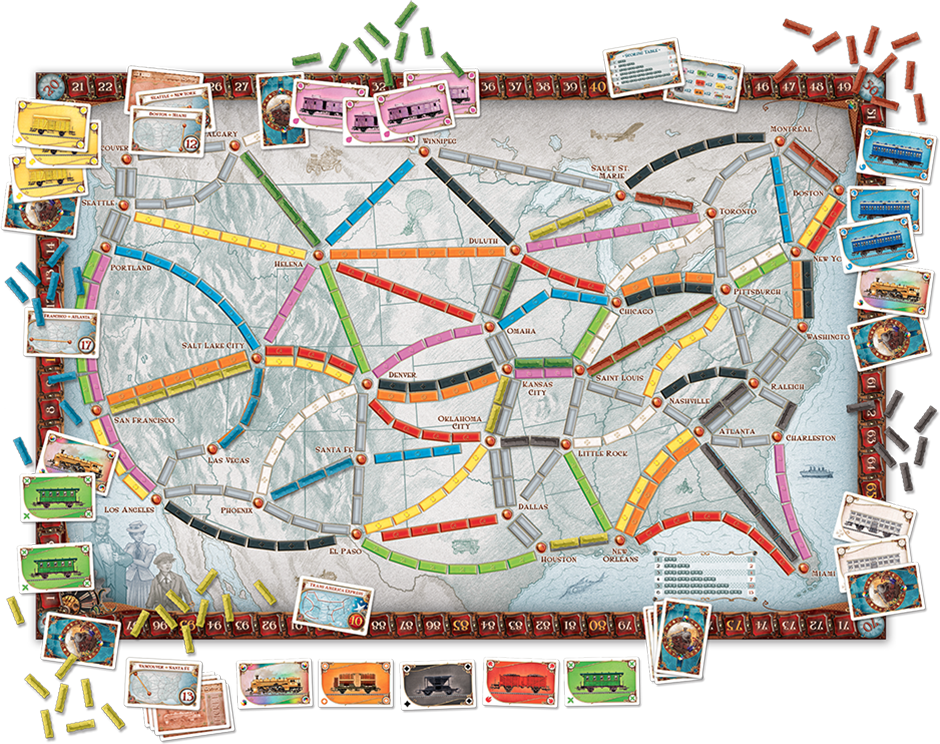 A beefed-up version of Mancala, Five Tribes is perfect for older students to really flex their strategy and complex problem-solving abilities. Like its forebear, Five Tribes asks players to strategically move items around its board in order to maximize their final score. However, unlike Mancala the gameplay of Five Tribes isn’t based on simple quantity, but on a rich network of multipliers, conditions, and complex relationships between different resources, “meeples,” and place tiles. The result is a surprisingly immersive game-world in which players are constantly vying for positions and items, and evolving their strategy with each turn.

One of the very few games that focus on geometry and physics at a legitimately challenging level, even for high schoolers, AV:T is far and away the most complex and advanced game on our list. In it, players seek to accomplish a simple goal: move quickly and attack their opponents’ spacecraft. But just like in real life, this requires an incredibly complicated process full of multi-dimensional calculation, physical forces, and careful planning. Most notably, players have to think in 3 dimensions instead of the usual 2 employed by board games like Ticket to Ride, demanding a basic understanding of things like acceleration, thrust, and—as the name implies—vector spaces. You won’t need to break out a calculator or an aerodynamics textbook, but the mathematical dimension of Attack Vector: Tactical can be explored as deeply or minimally as you’d like. Is it hard? Sure, but for students who want to evolve their math game skills from checkers to chess, Attack Vector: Tactical is one of few truly challenging ways to do so.

And on that note…

There’s a reason chess has triumphed as the undisputed king (pun intended) of board games for centuries now. Simple to learn and virtually impossible to master unless you’re a computer, the types of calculations, visualization, and strategy demanded by successful chess-playing are unrivaled by all but a few games. In addition to explicitly mathematical skills, chess is a fantastic gateway to logic and especially formal logic, making it a fantastic tool for already mathematically-inclined students to build interest in more abstract high-level specialties. In a sense, chess is one big math problem—every board state is effectively a complex equation that can be solved using the given variables (pieces) at hand. And in addition to being free to play in most cases, the long history of chess has spawned countless books of problems, strategies, and game logs that can be used to explore logical systems and even complex maths like linear algebra and vector matrices. It’s accessible, fun, and endlessly challenging, making it the gold standard for math-oriented gaming.

If your taste for games runs more on the explicitly mathematical and publicly competitive side, OMC offers coaching for middle and high school students interested in contest math. Our tutors can cover a huge range of competition topics from derivatives to abstract conceptual maths, all geared for sharpening the expertise of gifted students and newcomers alike. To find out more about our competitive math tutoring program or any others, feel free to contact us any time.